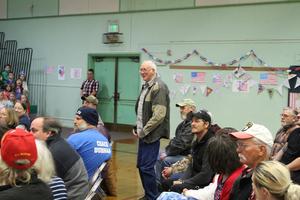 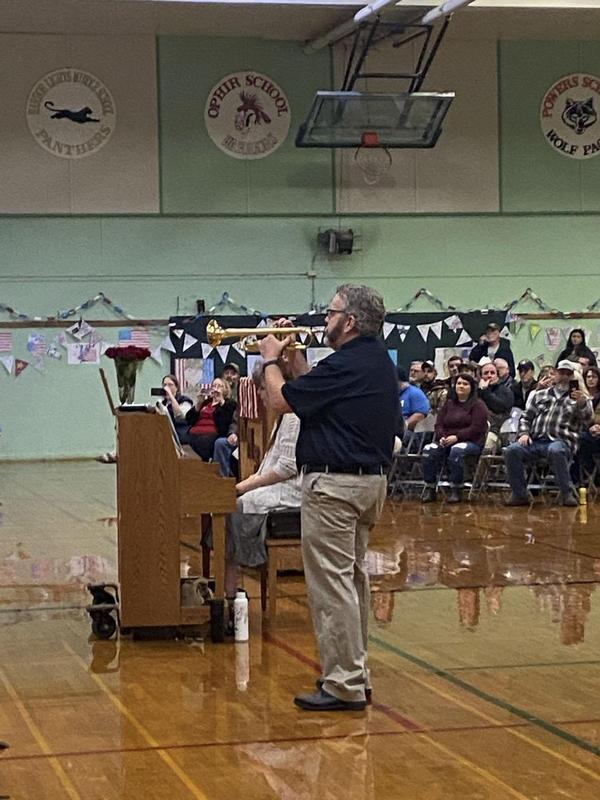 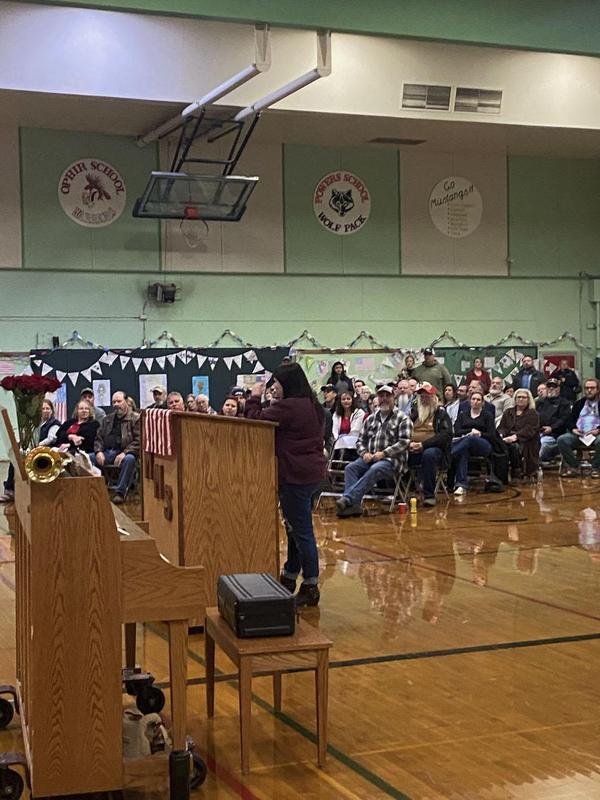 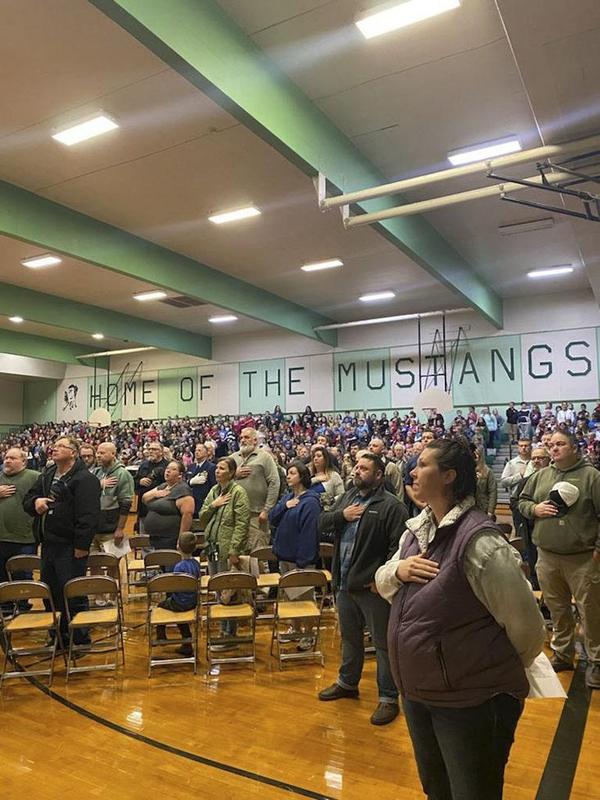 After breakfast with students, dozens of veterans enjoy patriotic ceremony

Millicoma School honored local veterans Wednesday with a breakfast and a rousing ceremony as a way to say thank you on the last day of school before Veterans Day.

After COVID restrictions forced the traditional Veterans Day breakfast to be cancelled the last three years, Millicoma brought back the tradition by inviting local veterans to join students for breakfast.

After the meal, the students and the veterans moved to the gymnasium for a ceremony where students sang patriotic songs, Music Director Mike Minks played the trumpet and Tara Moore gave the keynote speech.

Moore was the first woman to give the keynote speech at the Millicoma event, remembering her time served in the U.S Air Force from 2000 to 2004. Moore told the students her time in service laid the foundation for her life. Moore now owns Wildflour Café in North Bend.

At the end of the ceremony, the dozens of veterans in attendance introduced themselves and the branch the served in.

Millicoma Principal Gary Roberts joined his students in recognizing the veterans, including one who taught him in junior high.